Home › All About God › Does God Send Terror Attacks because of Bathroom Rights and Evolution?

Does God Send Terror Attacks because of Bathroom Rights and Evolution? 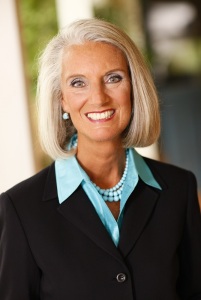 Those Christian fundamentalists are at it again!

According to recent statements by Lotz, terror attacks such as 9/11 and the mass shooting in San Bernardino, CA, are the result of the United States abandoning God by promoting such “godless” ideas as gay marriage, evolution, and bathroom rights for transgender people. And naturally she’s touting a new book that tells us how we can put an end to terror attacks and even natural disasters if we’ll just pray and return to God. You can read all about it here: “Anne Graham Lotz Says God Sends Terror Attacks Because Of Bathroom Rights And Evolution,” by Ed Mazza, in the Huffington Post.

And when that happens, she says:

If people would only pray and return to God, she says:

Yes, that’s what she said.

Well, I’ve got some news for you:

Terror attacks don’t happen because of gay rights and evolution

I realize that to fundamentalist Christians such as Anne Graham Lotz it sounds very reasonable to think that God is punishing us with terror attacks and natural disasters because of our wicked ways—such as legalizing gay marriage and teaching evolution in the schools.

About those natural disasters, please see: Is Hurricane Sandy God’s Punishment on the Wicked?

And as for the terror attacks, there are much more direct and relevant reasons why they happen.

This is a spiritual blog, not a political one, so we won’t go deep into the politics of terrorism and international relations. But consider this saying of Jesus:

Ever since World War II, the United States has engaged in an increasing number of military interventions in various countries around the world, including in the Middle East.

Is that right or is it wrong?

That’s for you to decide.

But it’s a simple fact that when a country intervenes militarily in another country, the people who are attacked are going to get angry, and they’re going to retaliate. Those who use military force will inevitably have military force used against them. That’s just the way human nature and human society works. “All who draw the sword will die by the sword.”

There is no need to invoke evolution, gay rights, and bathroom bills to explain why Europe and the United States have been attacked by radicalized people from the Middle East.

Are those attacks good, right, and justified?

Of course not. They are terrible acts of violence.

Once again, you’ll have to make up your own mind whether or not you believe that the U.S.’s actions in the Middle East are justified. The point here is that the U.S. is not immune to the basic laws of human relations. The simple fact of the matter is that if the United States attacks others, others are going to attack it.

That is why the United States is suffering from terrorist attacks—not because of its supposedly godless actions in accepting evolution, legalizing gay marriage, and allowing transgender people to use the bathrooms that correspond to the gender that they identify with.

God does not abandon us; we abandon God

What is even more disturbing is the idea that God abandons those who violate God’s laws.

I am aware that there are various Bible passages that make it sound that way. But the deeper reality is that God continues to love all people, both those who love God and obey God’s commandments and those who don’t. That’s why Jesus said:

You have heard that it was said, “You shall love your neighbor and hate your enemy.” But I say to you: Love your enemies, bless those who curse you, do good to those who hate you, and pray for those who abuse you and persecute you, so that you may be children of your Father in heaven. For he makes his sun to rise on the evil and on the good, and sends his rain on the just and the unjust. (Matthew 5:43-45)

No, God never turns God’s back on us and abandons us.

Rather, we are the ones who abandon God when we refuse to live according to God’s commandments.

Now, I’ve read the Bible more than a few times, and:

What I have seen in the Bible is this:

“Teacher, which is the greatest commandment in the Law?”

The greatest commandments in the Bible, on which all the others depend, are to love God above all and to love our neighbor as ourselves.

If instead of following these commandments we engage in bigotry and intolerance against people who have “broken” commandments that aren’t even in the Bible, or commandments that were given to deal with cultural circumstances that no longer exist today, then aren’t we ourselves abandoning God, and ignoring God’s commandments?

And when we abandon God, then it is quite true that we bring damage and destruction upon ourselves. However, that destruction is not in the form of terror attacks and natural disasters. It is in the form of damaging and destroying our own humanity and our own soul as we turn away from the universal love that God commands us to engage in, and turn instead to self-righteousness and condemnation of all who do not share our particular religious beliefs.

And when we face the music, it will not be God abandoning us or hiding from us. It will be us abandoning God and hiding from God. The book of Revelation describes the situation metaphorically:

Then the kings of the earth, the princes, the generals, the rich, the mighty, and everyone else, both slave and free, hid in caves and among the rocks of the mountains. They called to the mountains and the rocks, “Fall on us and hide us from the face of him who sits on the throne and from the wrath of the Lamb! For the great day of his wrath has come, and who can withstand it?” (Revelation 6:15–17)

The reality is that when we turn away from God by refusing to love our neighbor as ourselves, we are the ones who hide from God. And if we bring pain and suffering, broken relationships, and personal failure upon ourselves as a result, that is not God’s doing, but our own.

Oh, and about that wrath of God, please see: What is the Wrath of God? Why was the Old Testament God so Angry, yet Jesus was so Peaceful?

Now, I do have some sympathy for Anne Graham Lotz and her fellow fundamentalists. They are fighting a losing rearguard battle against the forward momentum of human society. And it’s always painful to be on the wrong side of history.

Despite the hand-wringing and heart pangs of the fundamentalists, the reality is that human society has been making huge advances in knowledge, understanding, morality, ethics, and spirituality in the last few centuries. We are working very hard to banish many old evils from our world.

Slavery, racism, bigotry, gender inequality, domestic violence, corruption in politics and religion, and even war itself . . . yes, we still have these things in our world today. But they are now widely seen as evil, and as things that we must fight against and bring to an end. And we are making many gains against these old evils throughout the world.

Unfortunately, traditional Christianity—especially the evangelical and fundamentalist kind—is a holdover from an earlier era of humanity, when many of these evil institutions were simply accepted as inevitable and even as good and right. Many of the Biblical laws that conservative Christians seek to maintain and enforce were given in an earlier day and culture, when humanity still wallowed in these old evils, and God had to treat us more strictly in order to get us to straighten out and fly right.

But at least since the mid-1700s, humanity has been making rapid strides forward. Secular society looks back to that time as the “Age of Enlightenment.” But I believe that God was bringing about the beginning of a new spiritual era in the world. See: Is the World Coming to an End? What about the Second Coming?

To people still stuck in the old religious paradigm, it looks very much as if the world is abandoning God.

But the world is not abandoning God.

Rather, the world is abandoning an old and outdated concept of God, in which God is a supernaturally powerful human-style king sitting on a throne in heaven and hurling thunderbolts at all who do not cringe in terror at his absolute and arbitrary rule.

The world is not abandoning God.

The world is abandoning the outdated religion that people like Anne Graham Lotz still cling to despite its increasing irrelevance to the new era of humanity in which we are now living.

The world is embracing a higher and better concept of God, in which:

No, God isn’t bringing terror attacks and natural disasters upon us because we no longer believe in evolution and we no longer condemn homosexuals. The traumas we are experiencing in our world are only the growing pains in our new struggle for a more just and loving society.

Watch out that no one deceives you. For many will come in my name, claiming, “I am the Messiah,” and will deceive many. You will hear of wars and rumors of wars, but see to it that you are not alarmed. Such things must happen, but the end is still to come. Nation will rise against nation, and kingdom against kingdom. There will be famines and earthquakes in various places. All these are the beginning of birth pains. (Matthew 24:4–8)

17 comments on “Does God Send Terror Attacks because of Bathroom Rights and Evolution?”