Home › The Bible Re-Viewed › How Big is the New Jerusalem?

How Big is the New Jerusalem?

The last two chapters of the last book of the Bible—Revelation—describe the holy city, the new Jerusalem, coming down out of heaven from God.

The new Jerusalem is not a physical city. It is not going to literally descend onto the earth. If it did, its top would stretch hundreds of miles beyond earth’s atmosphere into outer space. People living there wouldn’t be able to breathe!

It helps to understand that “heaven” and “earth” could also be translated “sky” and “land.” What John saw visually was not really a new heaven and a new earth, but a new sky and a new land: the sky and land of the spiritual world.

But what I’m most interested in right now is how big this new Jerusalem is.

The angel who was talking to me had a gold measuring rod to measure the city and its gates and walls. The city is laid out in a square, its length equal to its width. He measured the city with his rod at 12,000 stadia. Its length, width, and height are equal.

If we convert the ancient “stadia” into modern units of measurement, it turns out that the city is about 1,400 miles (or about 2,200 kilometers) in length, width, and height!

Yes, if it were a physical city (which it is not) it would reach far beyond the stratosphere.

Now let’s look at its length and width.

Since I live in the United States, in order to give an idea of how big the new Jerusalem is, I used to say that it would stretch from Boston to Kansas City—almost halfway across the country.

But that’s not the best way to think about it.

To really understand the meaning of 12,000 stadia, we need to think of that distance as John and others in Bible times would have thought of it. These people lived in the ancient Near East. They didn’t even know North America existed. The horizons of their world were much smaller than ours.

Though there was some vague awareness of more distant lands, the world that John knew stretched from Media and Persia (present day western Iran) in the east to Egypt and Asia Minor (present-day Turkey) in the west. It stretched from the Persian Gulf and the Red Sea in the south up to the Black Sea in the north. 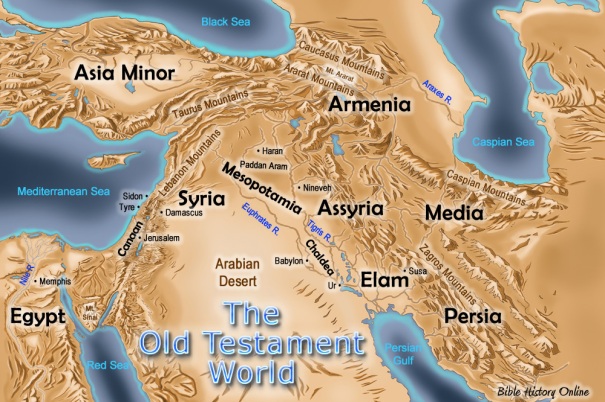 The new Jerusalem is not some sect or creed or ism or institution that will include only a select few Christians. The new Jerusalem includes all people, all nations, all races, all religions. It is a new spiritual era that reaches, enlightens, and includes everyone on earth who is willing to be a part of it.

I believe that we are witnessing the new Jerusalem descending into the world all around us right now.

This is the first in a series of articles on the theme “The Bible Re-Viewed.” Each piece will take a new look at a particular selection or story in the Bible, and explore how it relates to our lives today. For more on this spiritual way of interpreting the Bible, please see, “Can We Really Believe the Bible? Some Thoughts for Those who Wish they Could.”

72 comments on “How Big is the New Jerusalem?”