Home › Current Events › Evil Is Real, and it Does Harm the Innocent

Evil Is Real, and it Does Harm the Innocent 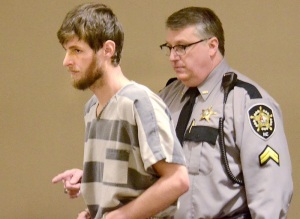 There’s a New Age myth floating around that evil is not real; that evil is just an illusion; that if anything evil happens to us, it’s either karma for evil we ourselves did in a past life, or it’s something we chose to have happen to us as a learning experience.

But it’s not true.

Evil is not an illusion.

And although sometimes we do bring evil upon ourselves, to say that every bad thing that happens to us is the result of our own actions or choices is the ultimate case of blaming the victim.

For those whose minds aren’t clouded by faux-spiritual mumbo jumbo, every day brings news of innocent people harmed by the machinations of evil minds, or by people whose lives have gotten seriously derailed into destructive ways of thinking, feeling, and living.

Here is one such news story from the past week:

For Jefferson Heavner, of Catawba County, NC, it was a family tradition to help motorists whose cars had slid off the road in stormy and snowy weather. Heavner’s father had died in a car accident years earlier. Helping drivers in need was one of the ways Jefferson and the rest of his family remembered and honored him.

So it was all in a day’s good deeds when he and some friends pulled over to assist Marvin Jacob Lee, whose car had slid off the road in a snowstorm.

He couldn’t have known as he pulled over that this would be his last act as a Good Samaritan on this earth. 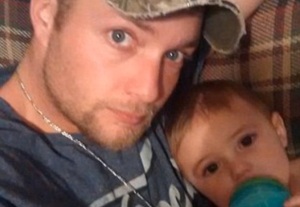 Jefferson Heavner and his infant son

When he and his friends got out and approached the car that was off the side of the road, they quickly realized that the driver was a bit off. He was clearly under the influence of alcohol or drugs, and he was acting belligerent. So they did what any sensible person would do in that situation: after talking it over, they called the police.

Unfortunately, when Marvin Lee, the driver, overheard them talking about calling the police, he pulled out a gun and shot at them, knocking Heavner to the ground. As his friends scattered, Lee got out of the car, stood over Heavner, and shot him repeatedly, killing him on the spot. He then got back into his car. And it took an armed police swat team to get him out.

You can read all about it in these articles:

Jefferson Heavner had every reason to live. He was the single father of a one-year-old boy. He was just out to help people in need.

And though he commonly received the gratitude of those he helped, this time he was repaid with a killer’s bullet.

Evil does harm the innocent

Multiply this tragic story by thousands and even millions of times per day, and can we really deny that evil is real, and that it does hurt people who neither deserved it nor brought it upon themselves?

If you think that every bad thing that happens to you is because you did something bad, or you somehow brought it upon yourself, put that idea out of your mind.

Of course if you know you did something stupid or evil that brought harm upon yourself, such as getting drunk and driving off in a car, that’s a different story. If we do something stupid or destructive and get hurt or killed as a result, then it truly is our own fault.

But the reality is that every day, people all over the world get hurt and killed through no fault of their own, because of the intentionally wrong or grossly negligent actions of others. Evil hurts all people, both the guilty and the innocent. That’s what evil is all about.

Jefferson Heavner’s young son will have to grow up without his father. Heavner’s family and friends have lost someone they loved and cherished. And all he was doing was trying to help someone in need.

And evil harming the innocent is the very definition of injustice.

But there’s one thing evil can’t do to the innocent. Other people’s evil actions cannot kill and destroy the soul of those who are good and innocent.

Marvin Jacob Lee’s actions killed Jefferson Heavner’s body. But no bullet made of lead and steel can kill the soul of a person whose heart is good.

Yes, the destructive words and actions of people who are up to no good cause much pain and grief for millions of innocent people. But the victims of evil who—even in the face of undeserved pain and suffering—continue to love and care for their fellow human beings will preserve the integrity of their own character and the life of their own soul. They may even become stronger for it.

Heavner’s days of doing good deeds on this earth are now over due to the actions of an intoxicated killer. But Heavner’s soul is now moving on to a place where evil can no longer harm him.

And I heard a voice from heaven saying, “Write this: Blessed are the dead who from now on die in the Lord.” “Yes,” says the Spirit, “they will rest from their labors, for their deeds follow them.” (Revelation 14:13)

26 comments on “Evil Is Real, and it Does Harm the Innocent”