Home › The Afterlife › What is the Biblical Basis for Humans becoming Angels after they Die?

What is the Biblical Basis for Humans becoming Angels after they Die? 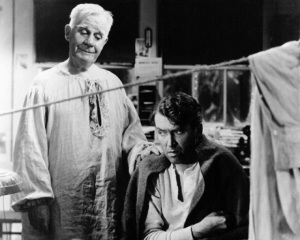 Many Christians, and many people living in predominantly Christian cultures, believe that people who die become angels.

This belief is reflected in numerous popular novels and movies, such as the classic 1946 American movie It’s a Wonderful Life, in which a guardian angel named Clarence occasionally refers to events of his life (and death) as a human being on earth.

And when someone has died, family members and friends of the deceased person commonly speak of him or her as being an angel in heaven now.

What is the biblical basis for the belief that human beings become angels after they die?

Emanuel Swedenborg (1688-1772) taught that there are no angels pre-created as a separate race, nor did any such pre-created angels fall from heaven to become Satan and his angels. Instead, he taught that all angels and demons were once human beings who lived in the material world, and that Satan or the Devil is a collective term for hell.

As explained in the article, “What is the Source of the Belief that the Deceased become Angels?” Swedenborg is the primary source of the modern-day belief that people become angels after death. Swedenborg himself, though, saw this idea as firmly based on the Bible’s depiction of angels.

(For its ideas and Bible references, this article draws heavily on the piece, What the Bible Says: Where Angels Come From, which is also written from the perspective of Swedenborg’s theology.)

The Bible says nothing about angels being created

Genesis 1 describes the creation of “the heavens and the earth,” and everything in them. And yet, in the Creation story there is no mention of God creating angels. It seems unlikely that God would leave such an important created being out of the Creation story.

The creation of angels is not mentioned anywhere else in the Bible, either.

The passage about “Lucifer” in Isaiah 14:12 is often cited as evidence for pre-existing angels. However, this prophecy was not interpreted as being about a fallen angel until centuries after it was written. In the original Hebrew, the word that is translated “Lucifer” in older and more traditional translations actually refers to the morning star (i.e., Venus), using it as a metaphor for the king of Babylon.

And as covered in the remaining points, there are many indications in the Bible that angels are indeed humans who have gone on to heaven.

The Bible often refers to angels as “men”

Here are some examples:

While I was speaking in prayer, the man Gabriel, whom I had seen before in a vision, came to me in swift flight at the time of the evening sacrifice. (Daniel 9:21)

When an angel appeared to Manoah and his wife (Samson’s parents) in Judges 13, they identified him as a “man of God,” and both they and the narrator also refer to him as a “man”—although he is also clearly identified as an angel. Manoah even calls the angel “a man” when he talks to him (see Judges 13:11), and the angel does not correct him. This suggests that the angel had no problem thinking of himself as a human being like Manoah.

In Zechariah’s vision of the horsemen in Zechariah 1:7-17, the lead horseman, who was “standing among the myrtle trees” is referred to both as a “man” and as an “angel.”

In short, the Bible uses “angel” and “man” almost interchangeably when speaking about angels. If angels were a separate race, the Bible would not refer to them as men, or people. That would be like calling a horse a sheep, or a pig a donkey.

The fact that there is no separate word for “angel” in the Bible (see below), and that angels are commonly referred to as “men,” strongly suggests that angels are humans.

As seen in the passages quoted and referred to just above, when people on earth encounter angels, they commonly think that they are meeting a human being rather than an angel. The writer of the letter to the Hebrews even says:

Do not neglect to show hospitality to strangers, for by doing that some have entertained angels without knowing it. (Hebrews 13:2)

Although angels are sometimes described in the Bible as having shining faces and clothes, this is not unique to angels. Moses’ face also shone after he had spoken with God (see Exodus 34:29-34). And in the final verse of the Parable of the Weeds among the Wheat in Matthew 13:24-30; 36-43, Jesus says:

Then the righteous will shine like the sun in the kingdom of their Father. (Matthew 13:43)

So Jesus himself says that people who are righteous will shine in God’s kingdom—just like the angels.

“Angel” means “messenger,” not a separate race of beings

In both the Hebrew of the Old Testament and the Greek of the New Testament, the word for “angel” simply means “messenger.” It does not refer to a separate race of beings. The Hebrew word is מַלְאָךְ (mal’ak), “messenger”; the Greek word is ἄγγελος (aggelos), “messenger.”

Although angels are sometimes described as great, holy, powerful, and so on, the same descriptions are also used for people. For example, both angels and people are called:

In short, “angels” or “messengers” in the Bible can be either human beings on earth or angelic beings in heaven. Both of them are described using the same words.

Angels themselves reject the idea that they are superior beings

Not once, but twice in the book of Revelation John fell down to worship at the feet of the angel who was speaking to him. Both times the angel stopped him, making himself equal to human beings under God:

At this I fell at his feet to worship him. But he said to me, “Don’t do that! I am a fellow servant with you and with your brothers and sisters who hold to the testimony of Jesus. Worship God! For it is the Spirit of prophecy who bears testimony to Jesus.” (Revelation 19:10)

I, John, am the one who heard and saw these things. And when I had heard and seen them, I fell down to worship at the feet of the angel who had been showing them to me. But he said to me, “Don’t do that! I am a fellow servant with you and with your fellow prophets and with all who keep the words of this scroll. Worship God!” (Revelation 22:8-9)

Jesus says that we become like angels after death

We will become angels

Nowhere in the Bible does it say that angels are a separately created race of beings.

Further, both angels and Jesus himself make humans—especially humans who have died and been resurrected—equal to and in every way like angels.

The main difference between humans and angels is that humans live on earth while angels live in heaven. Other than that, it’s difficult if not impossible to find any real differences between them. And since it is commonly believed by many, if not most, Christians that we will live in heaven after death, that would leave no differences at all between angels and humans.

Why would God create two different races of beings that look the same, speak the same, think the same, and act the same as each other?

Based on all of this, it is very reasonable to conclude, based on the Bible’s stories about angels, that they are indeed human beings who have gone on to the spiritual world and become angels. After all, Jesus himself said to one of the thieves on the cross:

(Note: This post is a slightly edited version of a question and answer I recently wrote and posted on Christianity StackExchange. You can see the StackExchange version here.)

26 comments on “What is the Biblical Basis for Humans becoming Angels after they Die?”