Home › Current Events › “Get Out of My Country”? Whose Country Is It, Anyway?

“Get Out of My Country”? Whose Country Is It, Anyway? 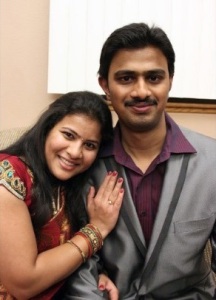 “Get out of my country!”

That’s what a distraught and rather drunk man shouted just before he shot three people in a bar in Olathe, Kansas on February 22, 2017. Two of the men he shot were skilled engineers from India who worked for technology giant Garmin at its Olathe headquarters. The third was an American man, a regular at the bar, who tried to intervene. One of the Indian men was killed in the attack.

You can read the whole story in this news article that ran two days after the shooting: “‘Get out of my country,’ Kansan reportedly yelled before shooting 2 men from India, killing one.” For more background and details, see “2017 Olathe, Kansas shooting” on Wikipedia.

Of course, this was a terrible crime, and the perpetrator will likely spend the rest of his life in prison. But the wrongfulness of the crime has already been heavily covered in the regular news media.

Beyond that, what really struck me was the words that the perpetrator yelled.

“Get out of my country”?

Whose country is it, anyway?

The earth is the Lord’s and all that is in it,
the world, and those who live in it.

And last I checked, the Pledge of Allegiance to the U.S. flag still ended:

One nation, under God, with liberty and justice for all.

Where does this guy get off thinking it’s his country? I thought it was supposed to be God’s country!

The earth is the Lord’s

Alok Madasani, wounded in the attack

We humans get these funny ideas in our heads that we own things and they are ours. And though that’s convenient for sorting out who gets to use what, the reality is that we don’t actually own anything at all. God made everything, God owns everything, and God lends some of it to us to use for longer or shorter periods of time.

And the hard truth is that this sort of thing has been done by various races and cultures all around the world for thousands of years. Europeans just happen to have been the most successful at it in the last few centuries. Nothing particularly special about that. It’s the way of the world.

But it’s not necessarily God’s way.

And land taken by conquest tends to be lost when the conquerors overextend themselves, or become corrupt, and other empires and nations rise up to take over the positions of power, and the use of the land along with it.

And yet, none of them actually owns the land. They only have control over its use for a certain time.

The example of the Israelites

Ian Grillot, wounded in the attack

Christians of European stock often point to the Bible as support for their rise to power in Europe, North and South America, and on the world stage. Didn’t God give the Land of Canaan to his favored people, the Children of Israel? And now, the belief goes, European Christians are God’s favored people, and God has therefore given them this great country, the United States of America.

But people who think this way might want to read their Bibles a little more carefully.

It is true that according to the Bible story, God gave the Israelites victory over the former inhabitants of the Land of Canaan, known today as Israel and Palestine.

But it is also true that according to the Bible story, when the Israelites failed to obey God’s commandments God took that land away from them and gave it to other nations and races.

God’s gift to the Israelites of living in and using the Holy Land was contingent upon their faithfulness to God and their obedience to God’s commandments.

You shall not wrong or oppress a resident alien

Here is one of the commandments God gave them:

You shall not wrong or oppress a resident alien, for you were aliens in the land of Egypt. (Exodus 22:21)

You shall not oppress a resident alien; you know the heart of an alien, for you were aliens in the land of Egypt. (Exodus 23:9)

God expressly commands the people of Israel not to treat the foreigners living among them as the Egyptians had treated them, harshly abusing them and making them into slaves. Rather, resident aliens were to be treated the same as the native born, for the Lord said:

The same law shall apply to the person who is native-born and to the foreigner who lives among you. (Exodus 12:49)

That is the law of the Lord. And though the Lord gives us the use of the land, it is not our land, but God’s land. It is not our country, but God’s country.

And if we do not want God to throw us out of “our” country just as God threw the ancient Israelites out of theirs, then we must by all means obey the commandment of the Lord not to wrong or oppress the resident aliens among us, but to welcome them, treat them well, and apply the same laws and the same justice to them as we apply to those born and bred within the land.

4 comments on ““Get Out of My Country”? Whose Country Is It, Anyway?”