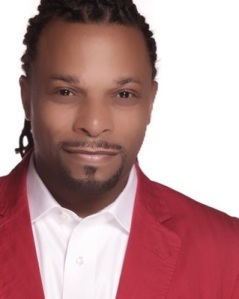 A few days ago (as I write this) Imamu Baraka was heading home from work one evening when he saw something he could hardly believe. Four people in hospital uniforms had just dropped off a young woman at the bus stop across the street from his office, right near the hospital’s emergency entrance.

The woman was wearing only a hospital gown and a pair of socks.

It was about 30 degrees out.

Her clothes and personal belongings had been packed into plastic bags and dropped at the bus stop, too.

The woman was wandering around, and stumbling as she went.

Baraka knew what he had to do.

He started taking video with his cell phone, and followed the four security guards back to the hospital, asking them why they were doing this, and how they could possibly leave this woman out there half naked in the cold. They kept right on walking into the hospital, giving unsatisfactory answers.

Then Baraka realized there was something more important to attend to. The woman at the bus stop needed his help.

You see, Imamu Baraka is an experienced psychotherapist. And he could see that the woman who had just been dumped on the street was struggling with mental health issues that were clearly not being addressed. So he went back to give her whatever aid he could.

The hospital that had summarily dumped the woman was the University of Maryland Medical Center, at its midtown campus located between Linden and N. Howard Streets at Armory Place in Baltimore, Maryland—which just happens to be across the street from Baraka’s psychotherapy office.

What Baraka had just witnessed was a “patient dumping.” This is the practice of hospitals or other health care institutions taking homeless patients out into the street and leaving them there with their belongings, usually at a bus stop.

And Baraka was not about to look the other way and walk by. “Not on my watch,” he said.

Here are the full video clips that Baraka captured on his cellphone, consisting of three separate segments put together:

Here is some of the news coverage that appeared in The Baltimore Sun in the days following the incident:

By now, the University of Maryland Medical Center is firmly on the hot seat. Whatever laxity or lack of compassion had allowed that hospital and its staff to dump on the street a woman who clearly needed medical and mental health services, they would no longer be able to get away with it.

That’s because Imamu Baraka not only had compassion for this woman, but also the knowledge and experience to do something effective about it.

Compassion is only the start

In the video clips, it quickly becomes apparent that most of the people involved in the unfolding scene lack any real compassion for this woman left out in the cold and unable to fend for herself, or even speak for herself.

Not the hospital security guards.

Not the ambulance crew who did their job and picked her up after Baraka called 911.

Not the man sitting at the bus stop eating his supper.

Baraka, however, simply couldn’t take in this scene and do nothing about it. He felt for this woman. He was not going to leave her there to have who knows what happen to her.

But in cases like this, compassion isn’t enough to do what needs to be done.

Yes, anyone could have called 911 and gotten the woman picked up. But who’s to say that the hospital wouldn’t just dump her out on the street again? And what about the next time a homeless person with mental health issues shows up on their doorstop and is not cooperative enough for them? One of Baraka’s most cogent lines in the video footage: “You can’t expect those with mental health issues to be pleasant. Because they’re ill.”

Baraka’s entire narration of the incident, as well as his respectful interactions with the mentally ill woman, shows that he had a solid grasp of the situation, which included street smarts as well as training and experience in both mental health and corporate America.

He knew, for example, that if he didn’t capture what was happening on video, no one would believe him, and it would all just be swept under the rug.

What’s more, he knew what actions the hospital should have taken to address the woman’s mental health needs, and exactly why the actions of the hospital staff were so wrong and out of line.

And now, because of Imamu Baraka’s compassion and his knowledge and experience, this is one more hospital that will never again be able to casually dump homeless and mentally ill patients out onto the street when it becomes inconvenient for them to provide proper medical and mental health care.

It’s a powerful example of how the right person, in the right place, who has both the compassion and the right knowledge and experience, can make a huge difference in the lives of many people.

Can there be any better reason for each one of us, also, to continue learning and growing in knowledge and experience, so that when God puts us into a situation where something just isn’t right, we’ll be the right person to get the job done?