Home › Science Philosophy and History › Thoughts on Seeing the Eclipse

Thoughts on Seeing the Eclipse

The total solar eclipse of August 21, 2017, as seen from Glendo State Park, Wyoming

Annette and I, plus several visiting family members, were camping at Glendo State Park, 100 miles north of where we live in Cheyenne. Our campground was right on the centerline of the path of totality.

After several days of swimming, kayaking, mountain biking, seeing the local scenery, and generally relaxing and enjoying one another’s company, Eclipse Day arrived. The weather in eastern Wyoming was perfect. It was a warm, sunny day with crystal clear skies. In and around the small town of Glendo (population 204), it was a people- and vehicle-choked madhouse. But where we were camped, a 25 minute drive around on the other side of the lake, all was calm and peaceful. There were groups of people here and there on the beach, in the campground, and on the ridgeline above it.

We picked out a nice, sandy spot under a copse of trees on the edge of the wide beach. There we could enjoy the shade while we were waiting, and head out into the clear sun for the eclipse itself. We had been planning this event for nearly a year. Now it was time to sit back and take in the spectacle!

I had read that people commonly have powerful emotions, even something like a spiritual experience, during total solar eclipses.

Nah, I thought. That won’t happen to me. It’s simply a fascinating astronomical phenomenon!

But truth be told, the moment of totality took me by surprise. I did indeed feel a rush of emotion. I felt myself choking up at the actual experience of seeing the sun, that constant light in the sky, completely blocked by the moon. I hugged Annette close to me.

Meanwhile, other people down on the beach were expressing their emotions in a different way. There was whole lot of whooping and hollering!

No one who experienced the eclipse first-hand could be unmoved by its power. Seeing that jet black disk where the brilliance of the sun usually is, the white rays of the sun’s corona streaming out on all sides, the darkened skies, feeling the rapid drop in temperature, watching a “sunset” that circled the entire horizon . . . . There is nothing to compare it to. No photograph or YouTube video can do it justice. There is no substitute for seeing and experiencing it in person.

Once totality was over, many people headed off to prepare for their departure, or go about their day’s activities. But we weren’t leaving until the next day. (Thankfully—it would have taken us many hours to get home in the bumper-to-bumper southbound traffic after the eclipse.) My daughter and I, and several other people down on the beach, donned our eclipse glasses, sat back in our chairs, and watched for the next hour and a half, chatting here and there, as the black disc of the moon gradually moved back across the sun until it was going . . . going . . . gone!

And then it was time to get out of the hot sun!

Thoughts on the eclipse

We had the rest of the afternoon and evening to get out on the kayak one more time, to take a sunset bike ride on the gravel roads along the edge of the lake, and time enough the next morning for my son and me to take one more spin on the spectacular mountain bike trails at Glendo State Park.

Our trip home the next day was uneventful. Or it could have been. There was no traffic to speak of. However, an overheating engine and a stop at a mechanic shop in Wheatland provided one last adventure. But that’s a story for another time!

Meanwhile, we had plenty of time to bask in the glow of our splendid eclipse party—and of the experience of the eclipse itself.

Astronomers tell us that although all of the outer planets in our solar system periodically experience total solar eclipses, our total eclipses here on earth are special.

First of all, we’re here to watch them! None of the other planets orbiting our sun has thinking, feeling beings present to experience this amazing celestial phenomenon.

But more objectively, our moon just happens to be about the same size as the sun in the sky. Although the moon is 400 times smaller than the sun, it is also 400 times closer to us than the sun. This means that it can produce total solar eclipses that just barely cover the full surface of the sun, providing the beautiful sight of the sun’s corona streaming out on all sides from the blackness of the eclipse.

Even if we could stand on the gaseous surface of the outer planets, the eclipses just wouldn’t be as spectacular. That’s both because the sun looks smaller from those planets and because their moons are too big in the sky relative to the sun to produce the perfectly matched solar eclipses that we get here on earth.

Here are some articles on eclipses throughout our solar system, and why Earth eclipses are special:

It just so happens that here on earth, where there are billions of humans to observe them, we have the most spectacular eclipses in the solar system!

And as it turns out, even on earth, there won’t always be total solar eclipses.

Fear not! It won’t be for another half billion to a billion years that the last total eclipse of the sun by the moon happens here on earth. But eventually, as the moon spirals gradually farther away from the earth in its orbit, and the sun grows gradually larger, the moon will never be large enough in the sky to completely cover the disk of the sun. See:

Meanwhile, it just so happens that by the time the first humans appeared on earth, and continuing on for the first billion or so years of our existence on this planet, we will be able to enjoy the spectacle of perfect total eclipses of the sun, just as we can now enjoy them somewhere on earth about every 18 months.

Is it all a big coincidence?

And I can’t help thinking:

Is the powerful experience that millions of people had on August 21, 2017, really just a big coincidence?

Is our life here on earth really just a big coincidence?

Many secular scientists would have us believe that we humans on earth just happened to happen, through a series of colossal cosmological and biological long-shots.

Sure, it could all just be a vast cosmic coincidence. Our very existence, and the powerful, moving experience of August 21, 2017, could all just be the result of random chance hitting it exactly right on this one planet out of the trillions of planets in trillions of solar systems that we now know are out there in this incredibly huge universe.

But I think it’s much more than that.

However many other inhabited planets there may be out there in all of that vastness, I don’t believe ours came about merely as a result of some vast cosmic coincidence.

I believe that there is a greater Love and Wisdom out there, Who provided this vast universe precisely so that people like us could look up one day as the moon covers the sun, feel our heart rise to our throat, and wonder about the Love and Wisdom that created all of this spectacular vastness, and each one of us in it.

12 comments on “Thoughts on Seeing the Eclipse” 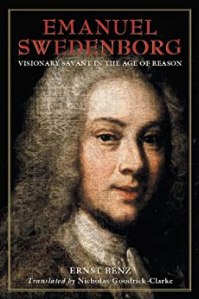