Home › Popular Culture › How to Know if Mr. or Ms. Right is Right for You: Pointers from Gloria and Emilio Estefan

How to Know if Mr. or Ms. Right is Right for You: Pointers from Gloria and Emilio Estefan

You’ve been in a relationship and are considering taking the next step into marriage with your partner. How can you have confidence that your marriage will not become a statistic like so many others that started with wonderful excitement, promise, and love?

There are many different ideas about what’s necessary for a harmonious long-term marriage:

All of these things can be helpful in creating and maintaining a good relationship. They’re important—though you may want to go easy on those vices! Still, they are not the key to ensuring a long-term, harmonious marriage.

What does make a marriage stick?

Gloria and Emilio Estefan, the Latin and pop music superstars, have been married for thirty-five years now, and they are still very much in love. What’s their secret? What pointers can we glean from their harmonious, long-term marriage?

In an article by Ray Rogers, “Gloria Estefan Raises the Standard,” Gloria says, “Emilio and I have in our relationship certain things that really make this work: Number one, there are no egos involved. We’re very different personality-wise, but in the things that count—values, morals, business—we rarely disagree.”

Here’s a clip from an interview with Gloria Estefan by Piers Morgan on CNN that ends with a similar statement about different personalities but common values and priorities:

What’s fascinating about her statements is that it’s a case of both “opposites attract” and “like attracts like.” But here’s the key:

On the outer level of personality and expression, the “opposites” that attract partners to one another can function as balancing complementarities. Here’s how Gloria Estefan once expressed it in a television interview: “We’re very different. If we were like me, we’d still be sitting on my couch playing guitar. If we were him [Emilio] we’d be dead of a heart attack by now. So we balance each other.”

Beyond the obvious balancing complementarity of male and female, there are balancing complementarities of inward and outward focus, business sense and artistic sense, practicality and idealism, and many other contrasting personality traits in partners that, put together, form a better and more complete whole than either partner can be individually.

However, while differences in character and expression may make a relationship work well, they are not what hold a marriage together.

What does hold a marriage together for the long term are common core values, morals, and goals. In other words, what makes a marriage stick is a shared view of the meaning and purpose of life in general, and of the partners’ life together in particular.

These, in Gloria Estefan’s words, are “the things that count.” If there is not that common center around which the outer opposites and complementarities revolve, then instead of making the relationship work, those opposites will sooner or later cause the couple to spin off in opposite directions from one another.

How to know if Mr. or Ms. Right is right for you

Nearly every couple standing at the altar getting married believes and hopes that they will have a long-term, harmonious marriage. And yet, statistically half of those couples will be divorced within seven years.

Couples who thought they were meant to be together often realize after marriage—and especially once the children are born—that they are not “opposites that attract,” but instead are fundamentally different people.

When you reach a point in your relationship where you are considering marrying your partner, you need to ask yourself this key question: Are his or her core values a match for my own?

The values at the core of our being

What are “core values?”

From a spiritual perspective, our religious or spiritual beliefs are at the heart of all of our values.

This doesn’t necessarily mean your partner must belong to the same church or come from the same religion as you. It’s not about institutions. The thing to look for is whether your partner has a similar sense of who God is, a similar view of the spiritual nature of life, and harmonious beliefs about why God created us and put us here on earth.

This leads to the common morals that Gloria Estefan speaks of.

Does your partner have a similar sense of the importance of honesty? Of respect for others? Of commitment and sexual fidelity? Of personal integrity? Of other moral values that are important to you?

If the two of you have these inner similarities, it should also lead to a common and mutually supportive way of running your practical or business life. Common values, morals, and goals make it possible for the two of you either to work together directly or to support one another in the distinct jobs and roles you take on.

Do you and your partner truly share these core values and a common approach to life? 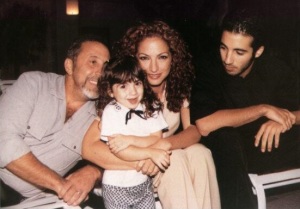 All of this leads to another question to ask yourself: Do I even know what my own core values are?

We humans take many years to reach self-responsible adulthood. Ideally, by the time we do reach adulthood we will have a clear sense of who we are, what we believe, and what our purpose in life is.

But often it takes longer. Once we finish our schooling and go out into the working world, it is a common experience to discover that what we thought we believed and wanted to do just doesn’t feel right for us. We may try out several belief systems and several career paths before we find what expresses our best and deepest self.

Couples who marry before they have a clear and settled sense of who they are as individuals and where they are going in life are just as likely to grow apart from one another as they are to grow closer together.

That’s why it is critically important to clarify your own faith, your own beliefs, your own values, your own morals, your own goals in life, before making a lifelong commitment to another person.

Yes, you might get lucky and find “the right one” purely by the grace of God. But even then, “God helps those who help themselves.” The clearer you are about who you are, the more clearly you will be able to see if your partner is a true and deep match for you.

What makes a marriage stick?

Yes, it’s good to have lots of things in common.

And yes, it’s good to have complementary opposites that offer balance and spice to the relationship.

But if your core values aren’t held in common, all those other commonalities and complementarities won’t be enough to bind the marriage.

Once you have clarity about your own values, it’s time to honestly examine your partner’s values to see if they are in sync with your own.

As you do this, keep in mind that core values must be expressed in actions, not just in words. It’s nice if your partner says she or he believes in and values certain things that you also believe in and value. But if the way your partner treats you and behaves toward other people tells a different story, then it’s the actions, not the words, that tell the real story. As Jesus said, “You will know them by their fruits” (Matthew 7:16).

In short, don’t marry your partner without a clear understanding of his or her core values—which will sooner or later be expressed in what your partner does and how your partner lives.

As Gloria Estefan sings in her 1989 chart-topping love ballad, “Don’t Wanna Lose You”:

So open your eyes,
see who I am,
and not who you want for me to be.

What makes a marriage stick?

Everything else is the delicious icing on the cake.

3 comments on “How to Know if Mr. or Ms. Right is Right for You: Pointers from Gloria and Emilio Estefan”